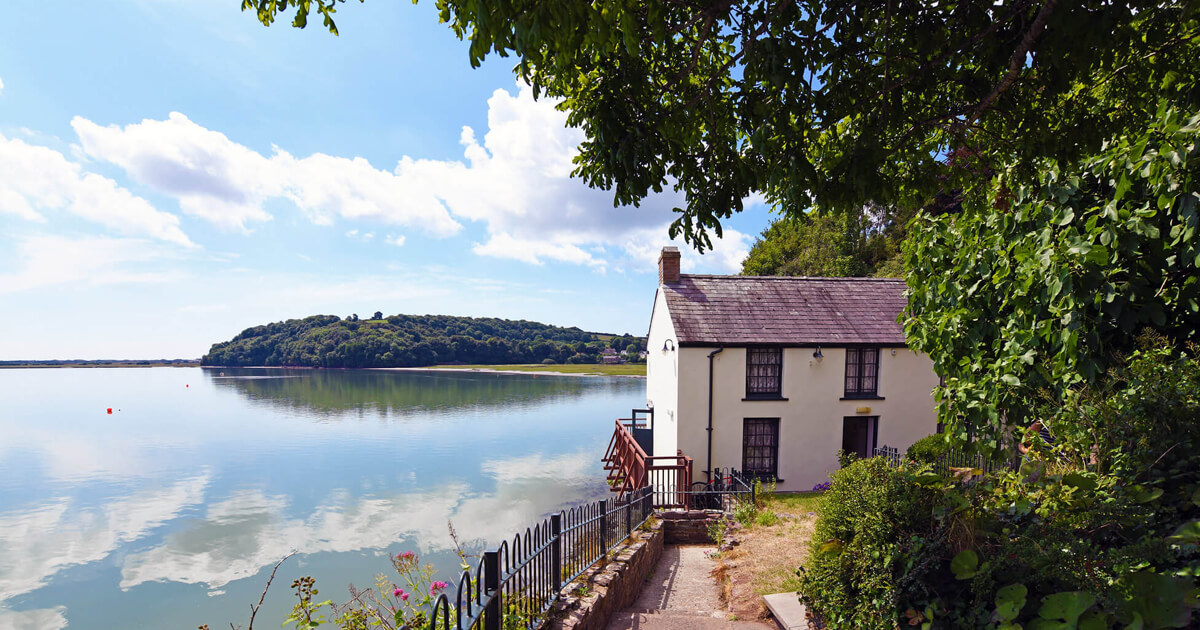 While appreciating that being on this beautiful, while beleaguered planet, growing older comes with minor aggravations, I of course realize they could be major ones, so the gratefulness multiplies. Many others of my age, have huge hurdles to navigate. One thing, though, which seems in little supply, is energy. Despite eating fairly sensibly, exercising a little, and resting, long walks and energetic house-cleaning dwell in the past. But, as I have said before, at least, I’m doing better than a banana!

So, what is the purpose of this post, you may ask? Today I am tooting on behalf of day-dreaming and recalling the many joys of the past. Travel really does broaden the mind and garners intriguing memories for future use. Take visiting the delightful small town of Laugharne, set on the Taf Estuary in Carmarthen Bay, Wales. Home of a Norman Castle, an annual Arts Festival and twice home to Welsh poet/writer Dylan Thomas – famous for the radio play Under Milk Wood. We – husband and I – ‘came upon it’ while exploring parts of South Wales, in bright Spring sunshine, golden daffodils nodding their heads in greeting on the shore-line of the estuary, while a green tunnel of multifarious trees and bushes rose up to one side: a cool labyrinth leading to a pleasing café, set in a once grand house. En route, we passed the shed where Thomas spent many days and nights labouring over his many poems, and walked the same boards as he did in the Boat House – his former home overlooking the calm waters of the bay.

Thomas called his base, ‘A timeless, mild, beguiling island of a town,’ inspiration for fiction town Llareggub (spell it backwards) in his play. 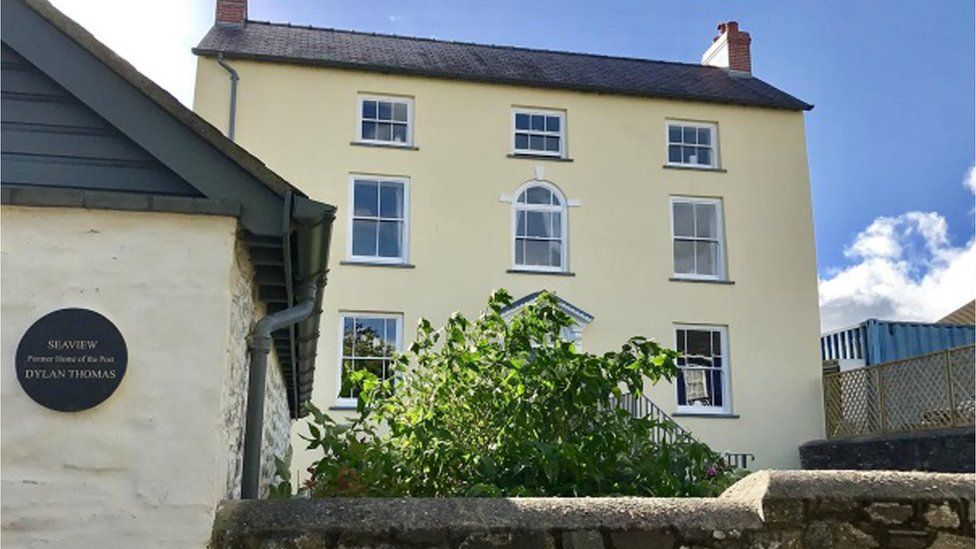 Although I was familiar with Dylan’s fame as a writer, I hadn’t read much of his work. A lot of it is for a required taste, but once I dug deeper, the alluring musicality and humour of it, intrigued me. Strangers to Anglo-Welsh (Thomas didn’t speak Welsh) may find it a tad puzzling, but as I am half-Welsh and lived in Wales for a few years as an evacuee in World War 2, it didn’t take long to understand his appeal, more especially his play. It must be said, though, that it does not invite an academic approach with all its many ‘voices’ and the sort of singing and ballads, suggesting a night of maudlin drunkenness and ribaldry. But the intended fun and echoes of laughter are so ’Welsh’ and alluring. .

Born in Swansea, Wales in 1914, Dylan Marlais Thomas became a Junior Reporter for the South Wales Evening Post, before embarking on a literary career in London. He established himself with a series of poetry collections, short stories, film scripts, and talks, and also lectured in the U.S, as well as writing Portrait of the Artist as a Young Dog. The forming and writing of his ’voice play’ Under Milk Wood, constantly reworked over a period of ten years, was finally finished just before he left this mortal coil in New York, in 1953 just days after his thirty-ninth birthday. It is a sad fact that his special work wasn’t broadcast by the BBC until 1954, a year after his death, with a cast led by no less a man than the memorable, sexy. Richard Burton. Who better?! It portrayed lust, simple love, and a dream-world of gossip, including the ever open Sailor’s Arms.

Here are some snippets from Under Milk Wood to give you an idea of its gentle, down to earth, humour.

“To begin at the beginning. It is spring, moonless night in the small town, starless and bible-black, the cobblestreets silent and the hunched, courters’-and-rabbits’ wood limping invisible down to the sloeblack, slow, black, crowblack, fishingboat- bobbing sea. The houses are blind as moles (though moles see fine to-night in the snouting, velvet dingles) or blind as Captain Cat there in the muffled middle by the pump and the town clock, the shops in mourning, the Welfare Hall in widows’ weeds. And all the people of the lulled and dumbfound town are sleeping now.”

“The husbands of Mrs. Ogmore-Pritchard are already at their tasks: ‘Dust the china. Feed the canary, sweep the drawing-room floor, and before you let the sun in, mind he wipes his shoes.”

“Time passes. Listen. Time passes.
Come closer now. Only you can hear the houses sleeping in the streets in the slow deep salt and silent black, bandaged night.”

There was something magical about Laugharne I couldn’t put out my finger on, and we visited on two more occasions when the sun performed on cue, and before returning home, I had written the first page of a proposed story starting: “Long-legged herons, picked their delicate way across the silvered waters of the bay like corned-feet ballerinas…” (I never did finish it…). More relevant, we visited the graves of Dylan and his wife Caitlin Macnamara, on a hill in the graveyard in Laugharne. They had three children and, apparently, spent a very ‘colourful,’ while brief, life, together.

I am sure most writers enjoy ‘dipping’ into other lives from time to time. What better way to learn about the many quirks of human nature? And, apart from authors of ’other worlds’ and purely imaginative genres, would you be a writer if you didn’t?!

“Your dinner’s rose.” When dinner was served.

41 thoughts on “Reflections…What did I do? Where did I go?”