Every now and again, a word, phrase or quotation hovers, disappears only to return again and again, until it becomes almost a mantra on many writer’s minds. A while ago, I became fascinated by the word Labyrinth and it cropped up in reading matter on several occasions, until I found myself compelled to write about it. This time it was the word alchemist and its magical connotations. An alchemist, supposedly, can turn dirt into jewels, cure illnesses…make one actually believe in magic…And then the penny dropped as I recalled the book I’d read about, but not read, called ‘The Alchemist’ written by Paulo Coelho and my curiosity was further aroused. His story is an amazing one! 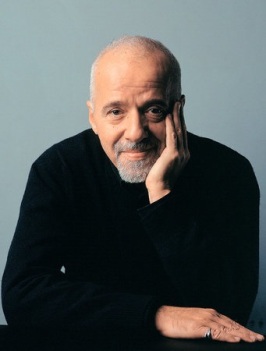 Born in 1947 to devout Roman Catholic parents in Brazil, Paulo, it seemed, was an unusual, slightly disturbed child, who happened to enjoy writing. For some reason, his parents did not agree that their son should be a writer, but should choose a more ‘worthy’ vocation in life. His rather questionable behaviour thereafter, lead his parents to have him committed to an Asylum for three years. Upon release, he travelled and became a hippie, and then a songwriter and political activist, which lead to imprisonment and torture. His thinking gradually then changed, and he walked the gruelling 500 km pilgrimage road to Santiago de Compostela in Spain, and felt a spiritual awakening, which lead him to write The Pilgrimage, which eventually sold well, after a slow start. His second book, The Alchemist, was a simple, while inspirational story, about an Andalusian shepherd boy. Sales were also weak, and it was said that he literally begged people to buy a copy….Incredibly, over time, it grew in popularity, until astronomical sales figures were reached and it was translated into 70 languages!.

Paulo met and married an artist named Christina Oiticica and they bought two homes: one in Brazil and another in France. He became so successful, sales of his books reached 65 million and he started a Charity for deprived children and needy elderly people, much to his credit. One wonders whether his parents lived to see their son’s amazing achievements? He has now written 26 books – one every two years, and continues to prosper.

The true alchemists do not change lead into gold, they change the world into words (Anon)

Oddly enough, though fairly happy with what I had read about alchemy, the word cropped up again in two places and so, I dug deeper, as I sometimes do…(curiosity doesn’t always kill the cat.) Wow! 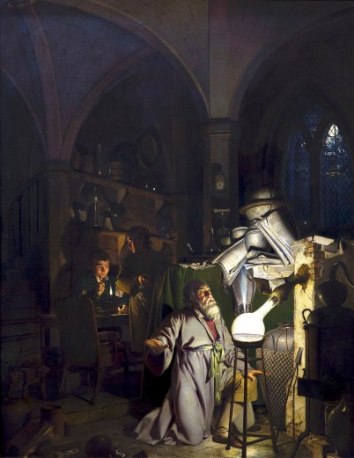 ‘Alchemy’ (from Arabic and ancient Greek) is complicated and obscure and goes way back to an ancient branch of natural philosophy, historically practised in India, China and the Muslim world and in Europe in Western form. It was first attested in a number of texts written in Greco-Roman Egypt during the first few centuries. New interpretations of alchemy merge with New Age or radical environmental movements. Freemasons have a continued interest in alchemy and its symbolism, and in Victorian times, occultists interpreted alchemy as a spiritual practice and the merging of magic and alchemy is a popular theme.

Alchemy also has a long-standing relationship with art in texts and mainstream entertainment. William Shakespeare certainly mentioned it, and Chaucer, in the 14th century, began a trend for alchemy in satire, and alchemists appeared in fantastic, magical roles in films and on television, in comics and video games.

When it comes to medicine, how often has an accidental splash of liquid – or even a tear – combined in a Petrie dish with other mysterious substances, to produce some near miraculous cure? Now that is something to ponder on.